In this post we discuss one of the keeper’s worst nightmares – playing out from the back, and it turns into a comedy goal.

Keepers have many nightmares – it comes with the turf. But probably the worst of all is when they’re playing out from the back, just like coach told them to, but it all goes pear-shaped.

In this example, in the French Ligue 1 (yes, the one Messi plays in now, with PSG) the keeper has 4 defenders  to roll it to, along with the big punt up field.

Once the keeper opts to roll the ball to one of the defenders, there is essentially a classic 5 v 3 situation. 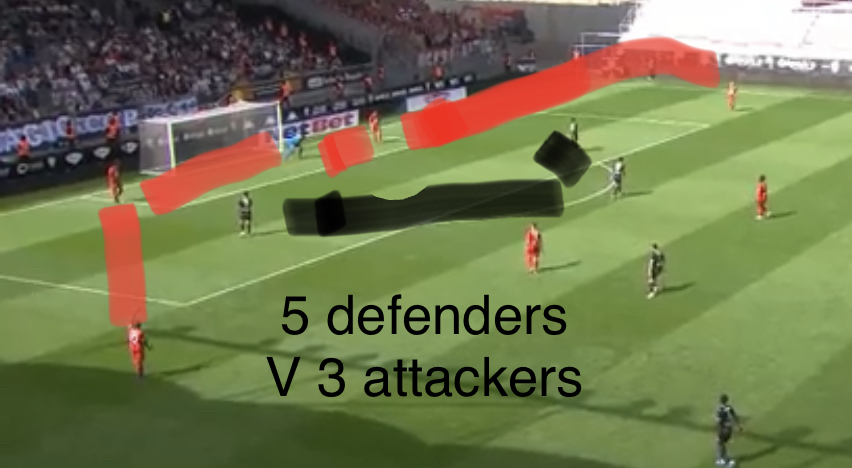 Two of the attackers (in black) are already pressing high, inside the box, about 10-12 yards away.

There is very little danger.

However, the receiving defender (here called 1) should be looking to pass out to the wide wing-back, marked 2 on this pic.

He certainly turns his body as if to pass to the wide defender at 2. 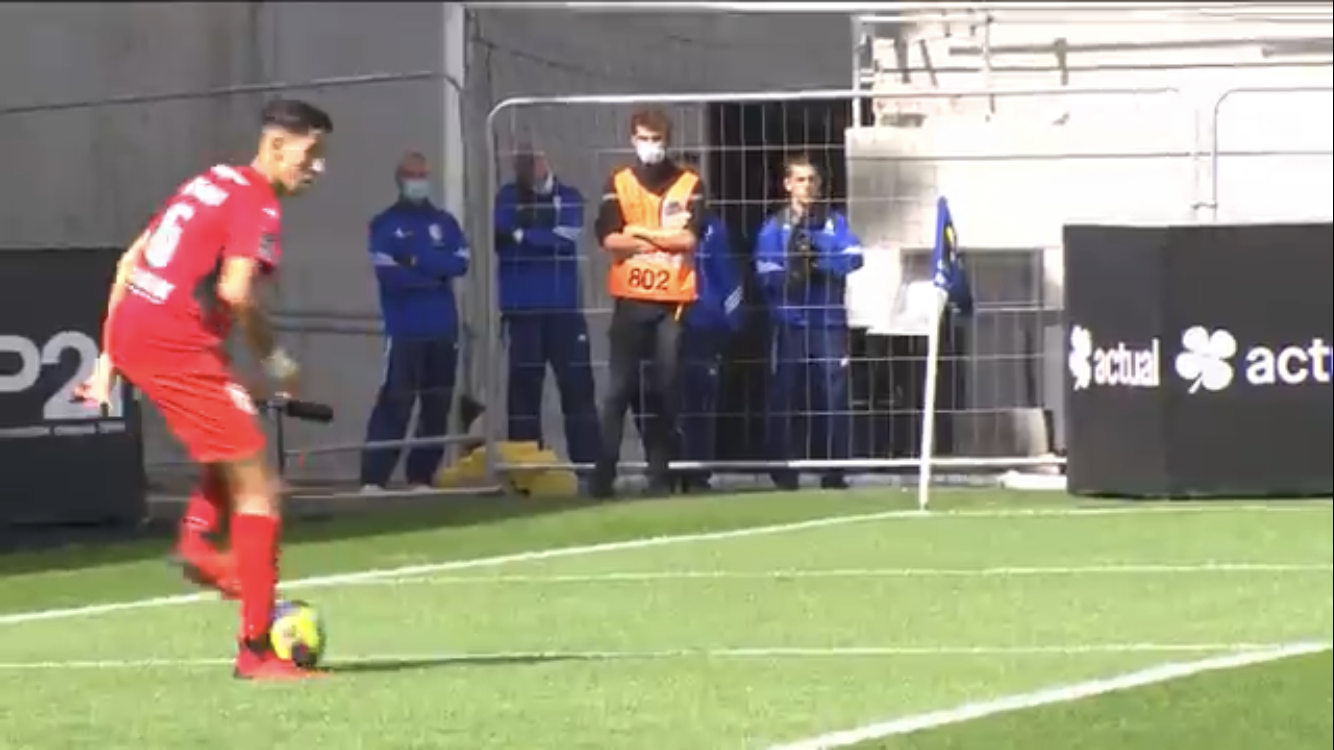 But then, for some strange reason, he turns back towards the goalkeeper. 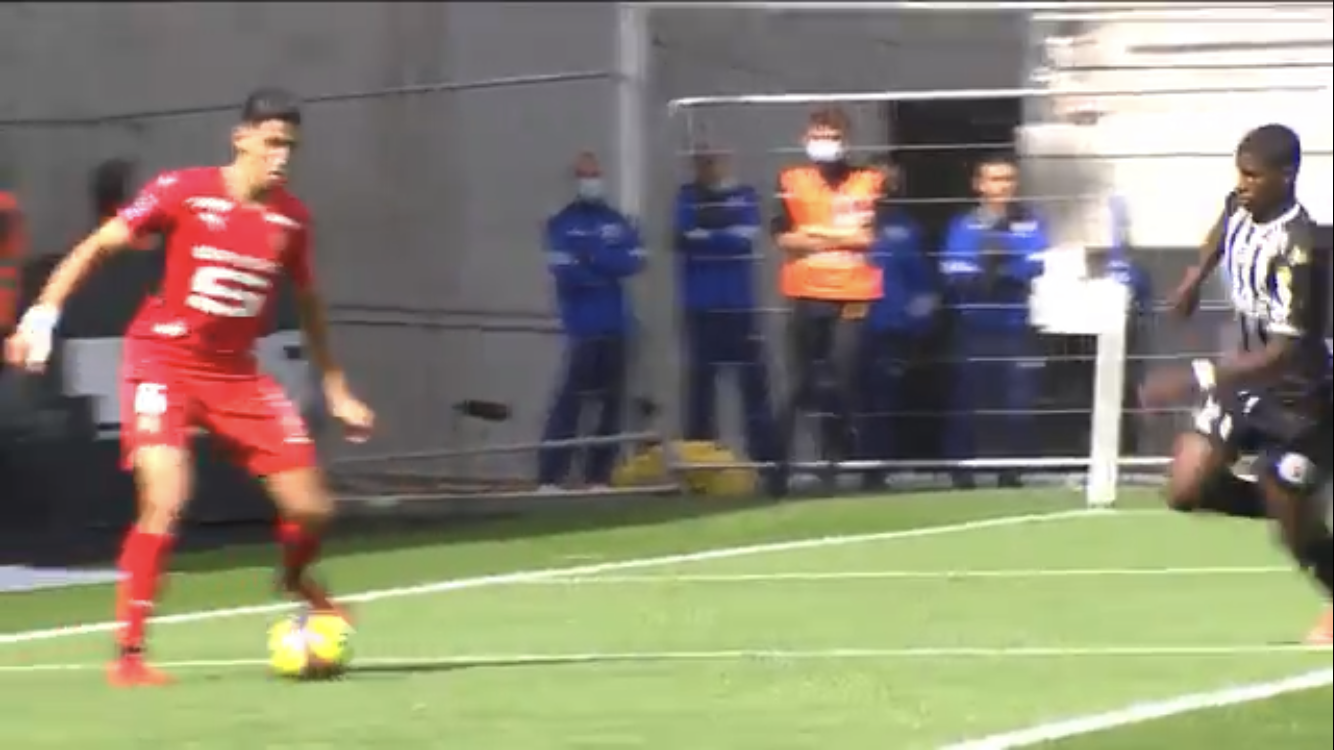 With a striker almost on top of him, he panics and passes it back to his keeper, who takes a very bad first touch leaving the ball almost 2 yards away. 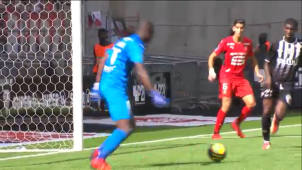 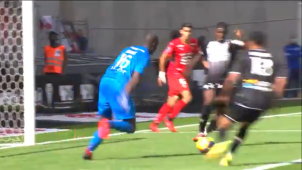 By now the second striker is on the goalkeeper, and the ball is as close to him as the keeper. So the keeper makes a lunge towards the ball, as the two strikers converge on it. 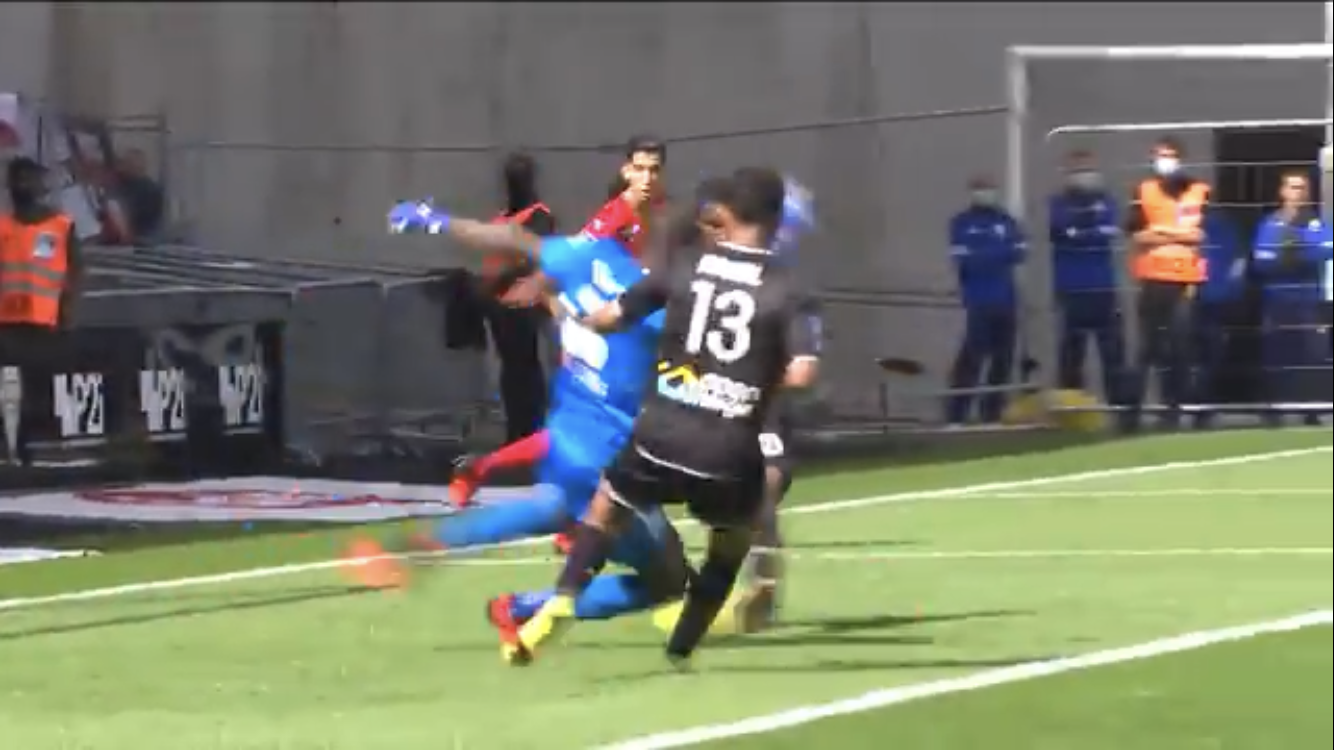 Unfortunately for the keeper, it hits one of the strikers and bounces across the goal 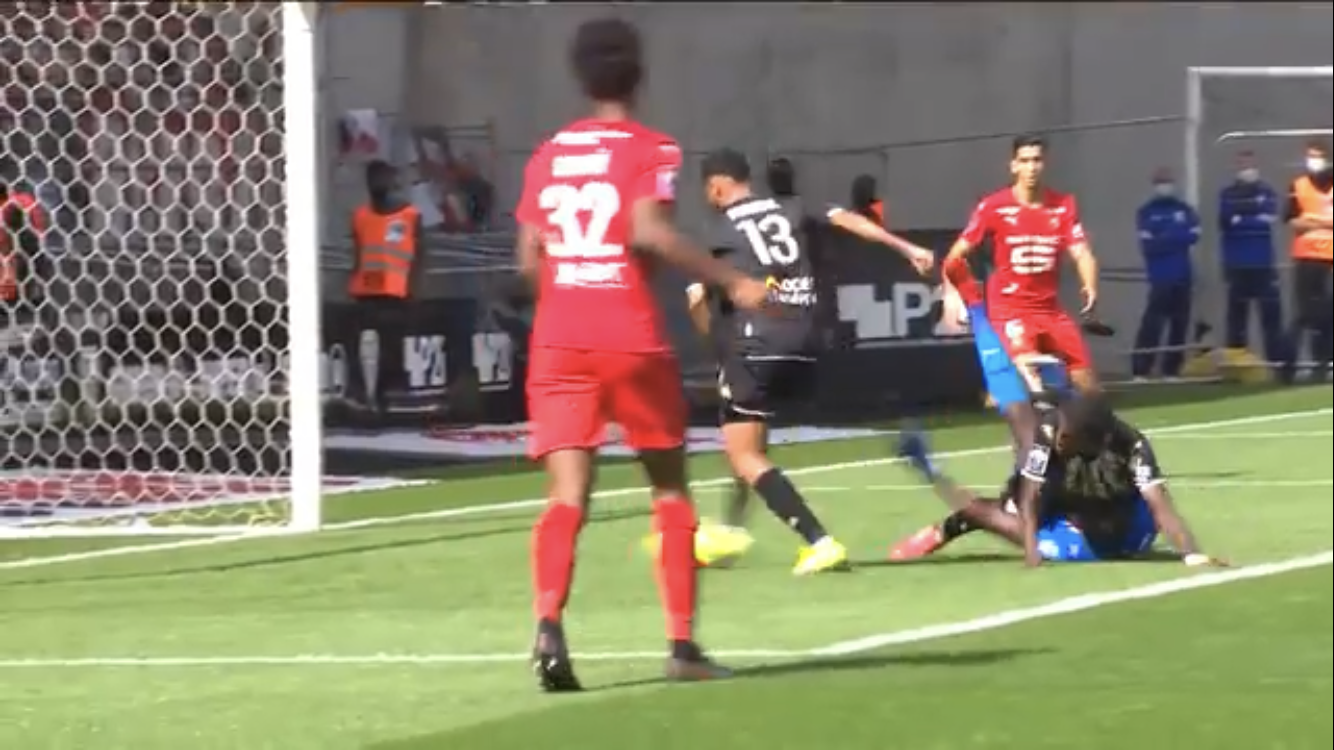 The other, grateful striker taps it home.

One suspects the keeper came in for a fair bit of the blame, especially as they lost 0-2.

But was it all the keeper’s fault? No – the defender, upon receiving the ball, correctly motions to pass out to the wing-back, who has moved out towards the touch line ready to receive.

Instead, he turns back to the keeper and passes back to him.

This is the key error. Why he did it, we can’t tell.

However, the first touch of the keeper is awful – and is the main reason the strikers found it so easy to press and win the ball. Had the keeper made a good touch, and kept control, he might have been able to pass it out again, or even punt it long, perhaps into touch.

The lost art of communication

It’s possible the keeper asked the defender for a return pass – but very unlikely. If he did, then the goal is solely his fault. But of course the defender could have judged it too dangerous to return the ball to the keeper and stayed with Plan A – pass out to the wideman.

If there was an error in communication, it’s more likely that the keeper didn’t shout “AWAY!” to make it clear to the defender he didn’t want it back at any cost.

The keeper often has the best view of the field, and should always try to communicate what they see, when it’s relevant, to their teammates. Behave like the “eyes in the back of their heads”. The Keeper sees what’s out of sight to the defenders, especially whats going on behind them and outside their “peripheral vision” to the side.

It doesn’t have to be an essay – a simple “look out behind Joe”, or “man on” will help inform without becoming an annoyance.

Most importantly, shouting “Away” will make clear to a teammate that you don’t want the ball.

Yes, too much of anything is a bad thing. Eventually, a defender will ‘tune out” if the keeper is constantly relaying info, especially if it’s redundant.

Try instead to be “air traffic control” as we discuss here. Be aware of their position and the risk they face (eg a striker sneaking in behind them who would be onside from a back pass) and just shout of the details – “watch number 7 Joe, behind you”.

If you’ve ever heard an air traffic controller giving info to a pilot, its brief, clear and always relevant. It’s always important to take note, and can save lives.

But getting the amount right is definitely an art form, not a science.

And know the layout of the players on the field – the chessboard, as we discussed here.

As well as communicating to the defender that you’re behind them, available for a pass to relieve pressure (“jim, keeper behind you, available” or simply “Keeper!!”), make sure you make your mind up quickly. If you’re making yourself available, get there quickly.

If possible, point to where you want the ball played – eg to your right side – and above all, commit.

The defender is probably in a mild state of panic themselves, unsure what to do, their preferred choice (pass across to Pete) cut off, and they are trying to deal with it themselves.

Give them confidence and help them make their mind up and commit quickly. Don’t ever say one thing (eg “with you Jim”) and do another (start to return to your line having started to come out). Faith in people is hard gained, easily lost.

Changing your mind without new information is rarely (never) correct. Stick to your first choice and commit.

When the facts change, I change my mind – what do you do sir?

If something consequential changes, by all means change course.

For example, if Jim doesn’t hear you, or just panics, and just boots the ball across the goal, by all means, stop coming out and move towards the ball.

These things will happen, and with a frightening frequency. No matter how you prepare, and how much the coach screams at you afterward, it’ll happen again.

So it’s important to forget it completely during the game.

Easier said than done, it’s crucial to move on from any error or mistake, no matter who was at fault. All coaches know that – most will observe the ritual.

But after the game, preferably straight after, write down on a note, how you saw the mistake – what happened and how each contributed. Be brutally honest. I like drawing a diagram – matchstick men is just fine – lots of arrows.

Then leave it for a day. At training, sit down with the defender involved, and walk through the mistake, frame by frame. You probably won’t see it exactly the same as the other player. Thats normal. But you will both begin to see it from each other’s perspective.

That is the route to solving it for the next time, which there will inevitably be.

This post demonstrates the importance of confidence and honesty in your keeper and their defense. This confidence needs to be mutual, and has to be constantly re-built, grown and nurtured. The game will erode it regularly.

Give them both/all space after the game. But ensure that post mortem between them happens within a week. Try not to be directly involved. Instead, as coach, have them walk you through their solutions. Offer guidance and encouragement. Be positive and enthusiastic, even if you’re not convinced they have sorted it completely.

It’s a process, and they are the only one’s that can solve it on the field, when it happens again. Above all, recognize keepers are young athletes on a journey of discovery, and they will make mistakes like all humans do.

Be there to guide, show them the right path to take, and help them learn from those mistakes.